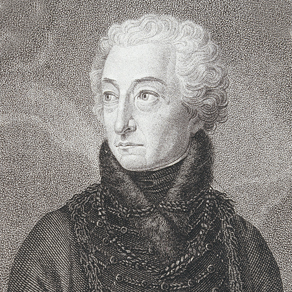 The principal objective of the planned research to be undertaken within the framework of the anticipated project is concerned with the detailed reconstruction of the role of the Georgikon in relation to the processes of the instrumentalisation of contemporary Hungary’s agricultural scientific life and its characteristics as a regional centre of knowledge, including the established network of personal connections of the farming college to foreign centres of knowledge (Göttingen, London). In addition, special attention should be paid to the exploration of sources of peregrinatio oeconomica based on the support of the Count of Keszthely deemed as having a vision of European importance concerning the processes of the circulation of knowledge. It should be noted that the planned comprehensive analysis involves the identification, assessment and exploration of different types of sources, as a result of which not only the institutional background to the overall progress of Hungary’s agricultural sciences, but the entire system of personal, financial, instrumental, literary, as well as of the network of supporters could be interpreted in its complexity too. It speaks for itself that the principal figures, such as Ferenc Pethe, János Asbóth, and Károly György Rumy of Count György Festetics’s farming college, laid the foundations of their encyclopaedic knowledge in prominent West European centres of knowledge (Utrecht, Göttingen), whereby the patterns of transmissions, including the interrelationships of contents, methodology and technique can as well be presented in a wider European context in regard of their linguistic skills and proficiency in specialist literature. The simultaneous overview of their activities and influences is ever more justifiable, because the founder of the Georgikon sought to establish his institute along the lines of the Göttingen ideal of knowledge, as well as bearing in mind that the specialisation within the complex system of agricultural knowledge, just as Rumy observed of the classification of individual fields of disciplines (farming technique, agricultural chemistry, agro-economics, parasitology etc.), brought about a direct shift from the world of ars to that of scientiae. With a view to the idea of centre and periphery, the identification and exploration of sources relating to different study tours meant to directly facilitate the circulation of knowledge should by all means be considered as crucial, including the analysis of interactions and transfers in the period concerned. For this reason, the exploration and publication of sources relating to the study tour of Professor Pál Gerics in Western Europe, lasting for several years, should undoubtedly be deemed extremely important.