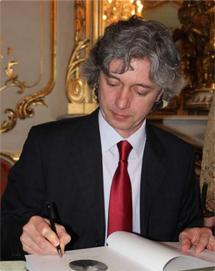 I read history and English language and literature at the Faculty of Humanities, Eötvös Loránd University of Budapest (ELTE) as a student of Eötvös Collegium between 1978 and 1983. I was based as a Research Fellow at the Department of Modern and Contemporary Hungarian History of ELTE under the supervision of György Szabad between 1983 and 1986, primarily focusing my research on the reception of the results of the English agricultural revolution in Hungary. I spent the winter term of 1985 with a British Council Scholarship at the Institute of Agrarian History, University of Reading, working under the supervision of Edward J. T. Collins. From 1986 to 1989, I was on staff in the Museum of Hungarian Agriculture and began working as a subeditor and from 1988 on headed a group of bibliographers as editor-in-chief of Bibliographia Historiae Rerum Rusticarum Internationalis. As of the winter term of 1989, I spent four terms as an Honorary Visiting Fellow at the School of Slavonic and East-European Studies, SSEES, University of London (today UCL). I was primarily engaged in exploring, identifying, compiling, and publishing an analytical guide to manuscript sources held in UK archives and repositories relating to the Kingdom of Hungary. In the course of my tenure in London, I was awarded a senior research scholarship of the Herzog August Bibliothek of Wolfenbüttel, Germany, where I spent three months at the end of 1990 carrying out research into late eighteenth-century German farming literature, as well as into the influence of the Georgia Augusta, University of Göttingen, on the circulation of scientific knowledge in contemporary Hungary. My articles and papers have been published in foreign and Hungarian journals, academic periodicals. My book entitled Guide to Documents and Manuscripts in Great Britain Relating to the Kingdom of Hungary from the Earliest Times to 1800. (London–New York: Mansell, 1992.) was selected and rewarded by the British Library Association as an outstanding reference book of the year (Besterman Prize, Very Highly Commended, 1992). I published a monograph on Count György Festetics, the founder of Hungary’s first agricultural college, and his contribution to the instrumentalisation of Hungary’s agricultural training (Keszthely grófja Festetics György [The Count of Keszthely, György Festetics]. Budapest: Corvina, 2013). My research focuses on the evolvement of the instrumentalisation of early nineteenth-century agricultural training in Hungary, as well as exploring the sources of the circulation of specialist knowledge within the period of the present project. I am currently the Head of the Institute of History at the Faculty of Humanities, Károli Gáspár University of the Reformed Church in Budapest in Hungary.