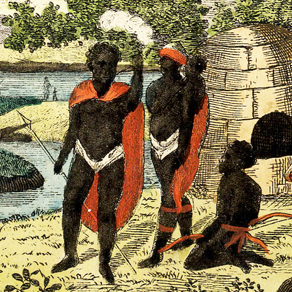 The planned research is to be concerned with the evolvement of the disciplines of ethnology/cultural anthropology, its antecedents, and sources in Hungary. As a result of the four-year research, we plan to draw a more comprehensive and detailed picture as to what information, as well as textual and figural representations of indigenous peoples living outside of Europe reached Hungary at the end of the eighteenth and in the early nineteenth centuries, as to what channels of communication, and what kind of representations and interpretations were instrumental in the process. In addition, we shall also explore from what directions (from which countries or universities) this knowledge arrived, and how it was integrated/modified in the course of its reception and application in Hungary. The significance of this subject is originated with those local historical and communicational circumstances, under which such specific knowledge could appear in Hungary at all. Since Hungary had no overseas colonies, this knowledge primarily spread through translations from foreign languages (mainly German and French). The principal aim of the planned research in archives and libraries is to obtain an overview, and possibly by far the most substantial knowledge of the efforts aimed at rendering works into Hungarian on geography, natural history, overseas travels, and discoveries, since the period between the 1790s and 1840s is considered to be a most prosperous one regarding Hungarian translation culture. For this reason, the planned research is intended to find answers to two principal questions. On the one hand, as to which Central and Western European regional and cultural centres should be identified as the sources of knowledge of the Americas and the Pacific. Presently, the role of the universities of Göttingen and Vienna appears to be of great significance in the process, as well as the University of Nagyszombat/Trnava on account of its Jesuit connections and its unique scope of cultural attraction, for example, with European and overseas Spanish cultural centres.  Our other question is concerned with finding an answer as to what extent can the circulation of knowledge supported by the Jesuits (as in the case of the University of Trnava/Nagyszombat) be separated from the secularizing tendencies represented mostly in Protestant sources. This explains why the interrelations of the two traditions should be explored as well. The anticipated research is supposed to reveal hitherto unknown territories in the history of science in Hungary and should also be in line with the current trends in historiography (the history of travel and anthropology from a post-colonial perspective).