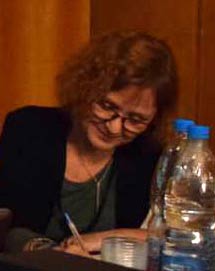 I read history and ethnography at the Faculty of Humanities, Eötvös Loránd University, Budapest. After completing my graduate studies in 1987, I went on to work for the Institute of Ethnology, Research Centre for the Humanities, Hungarian Academy of Sciences, and have been a senior researcher at the Institute since 1994. I successfully defended my PhD (CSc) thesis, entitled A boszorkányüldözés társadalmi és kulturális háttere a kora újkori Debrecenben és Bihar vármegyében [The religious and social background to witch hunts in early modern Debrecen and Bihar County in the 16–18th centuries] in 1993. In the meantime, I had several stints at EHESS and worked under the supervision of Roger Chartier, specializing in early modern readership and book history as a research fellow of the ATELIER Hungarian–French Centre for Social Sciences between 1992 and 1995. I subsequently spent longer periods in the US in 2001, 2004 and 2008, attending the courses of Indigenous Studies at the University of Kansas (Lawrence, Kansas), as well as giving talks at conferences organised by the Haskell Indian Nations University. Also, I had the opportunity to meet Indigenous American intellectuals and visit several reservations and native American cultural regions from Virginia to Arizona, including Washington State in the Pacific Northwest region of the US. My experiences there inspired me to focus on the history of anthropology in eighteenth- and nineteenth-century Hungary. Further research in Cambridge (UK), Göttingen, and Wolfenbüttel (Germany) resulted in the publication of several articles relating to the reception of American Indians, the natives of the Pacific and Australia, including the Inuit peoples of the North. I have been a part time lecturer at the Faculty of Humanities, Eötvös Loránd University, Budapest and at University of Szeged as well as taking part in history and ethnography PhD training programmes since 1993.