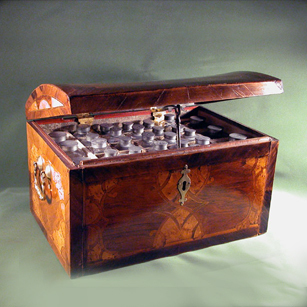 According to our preliminary research, the instrumentalisation process of Hungarian medicine, directly linked with Habsburg administrative practices, can undoubtedly be interpreted within the context of a large-scale systematic rearrangement being implemented from the second half of the eighteenth century on. The positive interventionist programme launched on the basis of a centralised health administration model devised by van Swieten, focusing on the academic knowledge of medicine, as well as on authority, reached its second phase all over the Habsburg Empire in the last three decades of the eighteenth century. Reforms aimed at the establishment of the system of medical knowledge, as well as of health administration in Hungary, seem to have produced spectacular results at several levels. The medical faculty of the University of Nagyszombat (Trnava)/Buda/Pest was founded in 1770 in conformity to the medical faculty of the University of Vienna. The university provided the opportunity of training doctors in Hungary and became the scene of the production of medical knowledge, previously dependent on different educational traditions and institutional structures, as well as being responsible for its systematisation, filtering, validation, and dissemination. Nevertheless, an administrative system of coordinating the extensive production of medical knowledge, including its circulation, had been established by the period concerned, whereby a more or less effective network of the so-called doctor-physicians, employed by the counties themselves, did play a significant role beside the Viennese imperial and Hungarian offices and faculties of medicine from the 1770s on. It is notable that doctor-physicians were supposed to gather reliable information on the prevalent meteorological, medico-topographic, endemic, veterinary and medical policing conditions in their own field of operation on an annual basis, as well as having to systematically arrange it into previously set forms and forward them to different levels of offices for further assessment. The textual notes and references to sources in the reports compiled by the doctors tend to show that in addition to the Viennese influences emphasising particular structures in the fields of theoretical and practical medicine, the vitalistic concepts based on a holistic approach, mostly related to the universities of Göttingen and Jena, and to the theories of Albrecht von Haller, John Brown in German adaptation, or Christoph Wilhelm Hufeland, had also found their way into Hungary. These influences become ever more obvious as a result of the explorations and analyses of the textbook programme of the medical faculty of the University of Pest (though subject to change over time), including the correspondences of certain doctors, e. g., János Torkos, György Haiszler, their itineraries and specialist libraries, e.g., the library of József and Sámuel Cseh-Szombathy. It should be noted that the issue of the ubiquitous interrelationship between the institutionalised forms of gathering medical information and the production of scientific knowledge have not yet been analysed in Austrian and Hungarian historiography. On the one hand, we are aiming at reconstructing both the vertical and the horizontal processes of the circulation of knowledge, as well as the movements of reciprocality evolving through the multi-level interpretations of the contents manifested in the reports themselves and in the related official reactions. This allows us to study contemporary medicine in a set of different frameworks (epistemic, linguistic–semantic and socio-cultural interpretations; the history of science, information, and communication). On the other hand, we would like to make a survey of the textual and visual strategies (translations into Hungarian, periodicals) of transmitting scientific knowledge of medicine to a non-scientific medium.