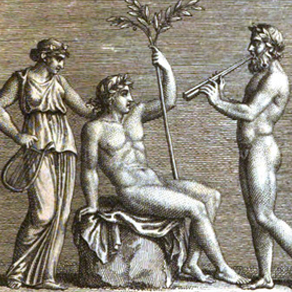 The disciplines of aesthetics and classical philology appeared and gained prominence in contemporary Hungary through the activities of the former students of the University of Göttingen. Firstly, these scholars transplanted these disciplines into the existing set of disciplines in Hungary. Secondly, by way of their teaching activity, they transmitted their knowledge acquired in Göttingen to their students. Thirdly, they contributed to the overall progress of these disciplines through their internationally acclaimed research activities. The current project is concerned with the exploration of the three-pole knowledge transfer model of the humanities. Although aesthetics and classical philology were treated as separate disciplines in the scientific model of Göttingen, their reception in Hungary was reliant on their close interrelationship. Since 1793, Johann Ludwig von Schedius had been professor of aesthetics at the University of Pest. He applied for his chair as a student of Göttingen University with the recommendation of his professor, Christian Gottlob Heyne, and continued to maintain his correspondence with him, as well as with Professors Müller, Eichstädt, and Eichhorn for several decades. He was a corresponding member of the Royal Society of Sciences of Göttingen (Königliche Societät der Wissenschaften zu Göttingen) and was often consulted with new memberships. The character of periodicals edited by him, as well as the concept and system of references manifested in his aesthetic studies and monograph unequivocally show the influences of Göttingen. In his principal work entitled Principia Philocaliae Schediues, he embedded aesthetics into the narrative of the Wissenschaft vom Menschen, just as he had done so in his earlier treatises by integrating Heyne’s methodology of classical philology into the same narrative. As a professor of aesthetics and member of Societas Latina Jenensis, Shedius paid special attention to classical Latin literature. In addition, he founded and became the first professor of the Department of Ancient Greek at the University of Pest, as well as writing the first university manual of Ancient Greek in Hungary. His contemporary, Ézsaiás Budai capitalised on his studies in Göttingen by primarily making use of Heyne’s and Meyners’s interpretations and publications of classical authors. His first classical philological treatise was published in Göttingen. At the same time, as the first professor of Ancient Greek and Latin of the Reformed College of Debrecen, he went beyond the task of simply communicating linguistic skills to his students by writing monographs on ancient history and literature, which subsequently became teaching manuals. In addition, he complemented them with his publications of ancient authors along the lines of Heyne’s norms.