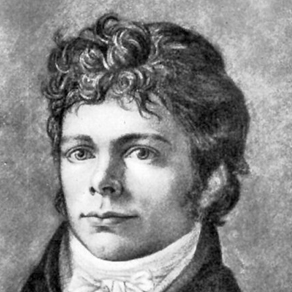 The planned research is concerned with the reconstruction of the process of changing views within the framework of late eighteenth- and early nineteenth-century German sciences based on the notions of the Humboldtian and Romantic sciences, mainly originating from Göttingen and Jena, thereby interpreting knowledge transfer in Hungary not as a pure application of individual disciplines, but rather as a joint reception of philosophical influences brought about by discernible shifts in emphasis. For this reason, the actual reception of Kant and Schelling in Hungary might be reinterpreted. However, as a fundamental problem, the anticipated research must find answers as to what extent contemporary knowledge transfer channelled to Hungary and Transylvania should be deemed as an appropriate means of charting the mechanisms of influences originating from Göttingen and Jena. Since the comprehensive view of the Kantian philosophy is considered as being of utmost significance regarding the new disciplines evolved in Göttingen (primarily the anthropology of Blumenbach and the experimental physics of Lichtenberg), reception as such partly took momentum in Hungary in connection with the contemporary discourse related to Kant. The planned research is intended to explore and identify these influences existing parallel to each other in the oeuvres of György Fejér and János Körmöczi. Considering the fact that the most important factor in creating the coherence of the Jena Constellation, which encompassed several discourse communities, was subject to the influence of the Schellingian natural philosophy enjoying an extraordinary reception from the last years of the eighteenth century on, the anticipated research should therefore facilitate the analysis of the actual returns of such correspondences in relation to the momentum of the history of science and of philosophy, originating in Jena, including their manifestations in contemporary Hungarian reception. Since the influences of Romantic natural history in contemporary Hungary were primarily integrated by the representatives of disciplines undergoing the process of fresh instrumentalisation (mainly those of chemistry and medicine in addition to physics), the planned research should inevitably be concerned with the works of Ádám Tomcsányi, József Jakab Winterl, as well as with those of Mihály Mocsi and István Rátz from the field of medicine. As the flow of knowledge is inseparable in the case of the above-mentioned disciplines, it should also be noted that in the fields of mineralogy and chemistry a proper circulation of knowledge was maintained through the talks given by some Hungarian members of the Mineralogical Society of Jena. We should especially focus our attention to the case of Winterl’s concept of dualistic chemistry, whose favourable reception by the Germans is clearly proven and the relevant aspects of his activities are to be explored within the framework of the current project.