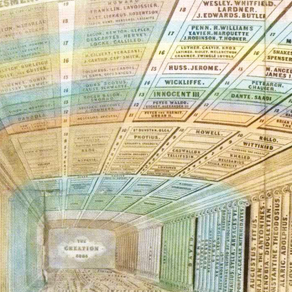 An appealing discourse analysis can be carried out within the discipline of history.  The contemporary concepts of universal history had an extremely close relationship with the scientific views transmitted by the history professors of Göttingen. This is clearly shown in the oeuvre of Johann Christian Engel, a member of the Royal Society of Sciences of Göttingen (Königliche Societät der Wissenschaften zu Göttingen) and a former student of Professors Heyne, Feder, Gatterer and Schlözer. Of Engels’s writings, historiography until today has only been concerned with those published in German, even though his works in Latin should be deemed as equally significant. Take for instance his volume entitled Commentatio de expeditionibus Trajani…, which he dedicated to Heyne, expressing his gratefulness for his support. The book transformed classical philological knowledge through the application of a special view of history, thereby using it for integrating the history of the Carpathian Basin into the narrative of universal history. Engels’ oeuvre clearly presents the discourse community of the former students of Göttingen, for he partly published his results in Schedius’s Zeitschrift. It should also be noted that this view of science is organically connected to the concept of historia universalis of Professor Károly Koppi of Pest University, who, although having had no direct relationship with Göttingen, adopted it as a scientific pattern, and whose activities are also to be explored within the framework of the current project.