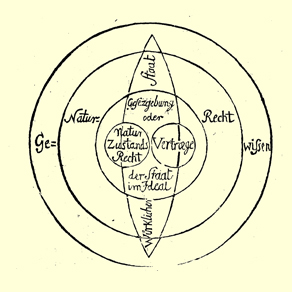 Taking momentum on the Continent in the seventeenth century (with a view to the disciplinary preliminaries of the so-called Staatenkunde), it was the first third of the eighteenth century that saw the rise of these disciplines in Hungary. The anticipated research is meant to explore this historical progress taking place at the turn of the eighteenth and nineteenth centuries, in relation to overall shifts in (political) concepts and language itself, assuming that, on the one hand, statistics in Hungary as a specific form of knowledge transfer was gaining ground through the German and Austrian reception of the new scientific concept of Göttingen (Achenwall, Schlözer, Justi, Sonnenfels), which exerted a profound influence on the highly diversified view of science of the period concerned. On the other hand, it became integrated through formal (institutionalised) and informal cultural channels, thereby often producing diverse results concomitantly determining contemporary contexts and receptions in Hungary. The anticipated research proposes to explore three socio-cultural contexts acting as filters, which uniquely diversified many a facet of the institutionalisation history of the discipline, regarding its reception in Hungary along the lines of Western European (German, French) ideological and political precedents, i.e., the shifts of Fürstenstaat/Territorial- and Föderalstaat in Germany, as well as the reinterpretation of politics. In the first place, we should draw on the social mission of the Protestant and German Pietist movement which mainly paved the way for the democratisation of useful (political) knowledge for the public. Secondly, we should explore the ’epistemological’ importance of rational theologies (Leibniz, Wolff) whose leverage should by all means be reckoned with in regard of teaching state sciences, including intellectual–political orientations in the period. Finally, our research should consider the context of the historical tradition of Hungary’s ’corporate’ statehood, crucially differing from Western cultural transfers, yet being instrumental in applying German statistical culture as a form of contemporary modernisation discourse. Accordingly, our research should primarily be concerned with this realignment process, clearly discernible in political thinking, exploring the textual corpus of statistics and state sciences, mainly reliant on contemporary translation practices in the 1790s, i. e., the activities of László Baranyi, Adalbert Barics, József Bencsik, Sámuel Decsy, László Németh, József Reviczky, Dávid Szendrey-Veress, Márton Schwartner, and András Vályi.